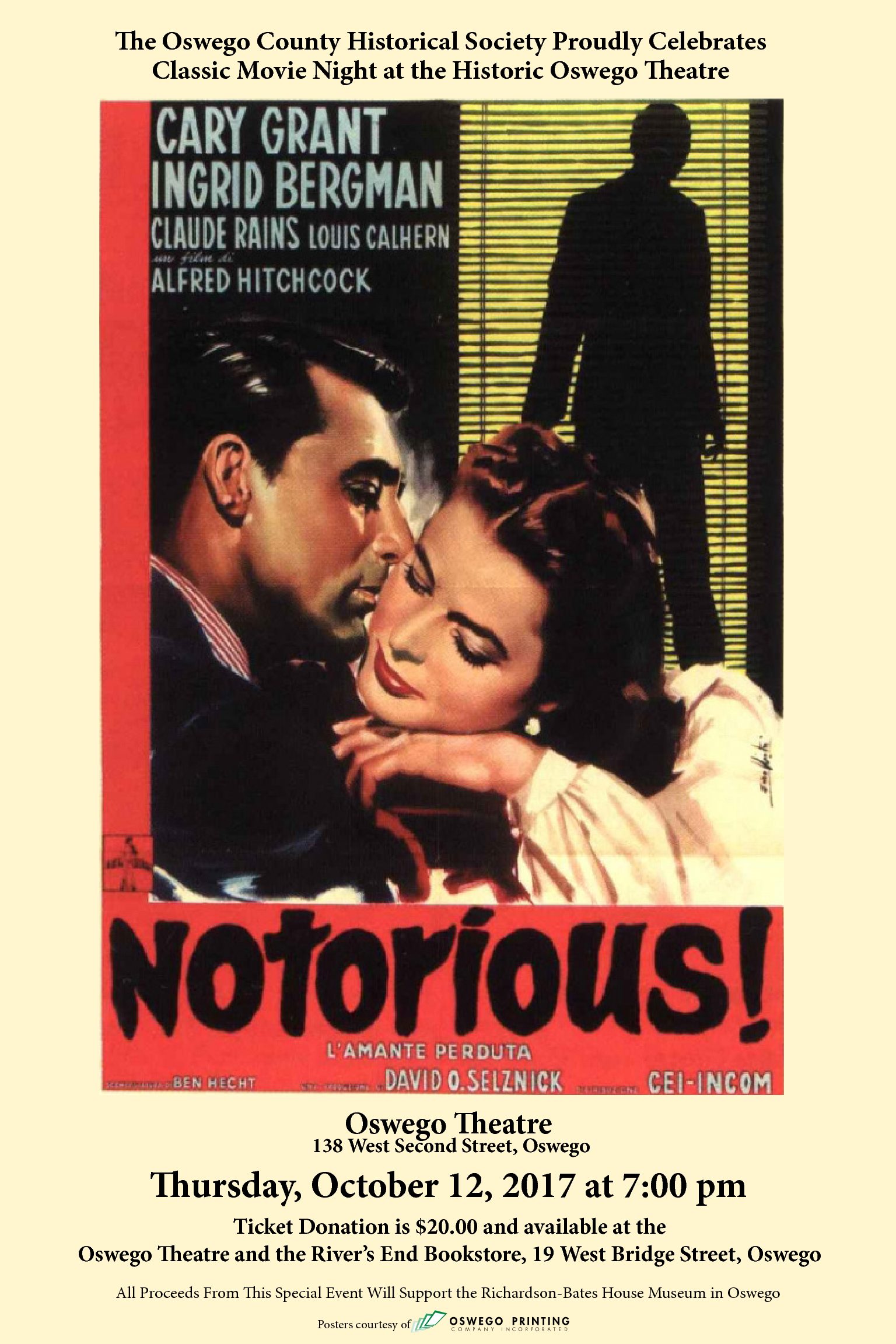 The Oswego County Historical Society (OCHS) proudly presents a Classic Movie Night event in commemoration of the 70th anniversary of the Richardson-Bates House Museum. The popular Alfred Hitchcock classic film “Notorious” will be featured on Thursday, October 12th at 7:00 p.m. in the historic landmark Oswego Theatre at 138 W. Second St. All proceeds from the event will support the Richardson-Bates House Museum in Oswego.

“The movie “Notorious” was one of the most popular of 1946, the same year the Richardson Bates House museum was gifted to the historical society, so it marks the 70th anniversary of both.

There will be a history display, door prizes, a program and a special party favor to be revealed the night of the event given as a thank you to those in attendance. The $20 ticket donation will help support the ongoing maintenance and necessary preservation needs of society’s museum.

Tickets are available for sale at the Oswego Cinema 7 Theatre, the riversend bookstore, and from any board member. Please call the museum at 315-343-1342 if you want to order tickets.